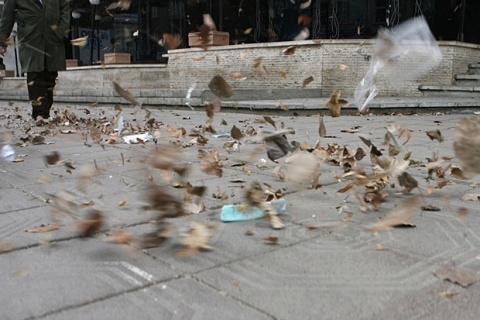 Code yellow has been declared for 17 Bulgarian regions Saturday over the forecast for gusty winds.

It is effective for the regions of Vidin, Montana, Vratsa, Pleven and Lovech in northwestern Bulgaria, Veliko Tarnovo in central Bulgaria, Ruse, Targovishte, Razgrad, Silistra, Shumen, Dobrich and Varna in northeastern Bulgaria, and Sliven, Stara Zagora, Plovdiv and Pazardzhik in the south.

It will be partly cloudy, but without precipitations, and relatively warm – the minimum temperatures will be over 0 degrees C – between 1 and 6, while the maximum – between 9 and 14, and even up to 16 in southwestern Bulgaria. In the capital Sofia, the mercury will reach the 10 degrees C mark.

There is also real threat of wide-spread floods in Bulgaria over the expected snowmelt, experts alarm. Northwestern Bulgaria will be affected the most because the melt will be faster over strong western winds.

Levels of rivers Timok, Ogosta, Struma, Mesta, Maritsa and Arda are all expected to rise significantly.

The warmer weather next week will also contribute to the reduction of the ice float on the Danube river.

Damage from the flood in the southern village of Biser on February 6 is estimated at over BGN 3 M – 55 houses have been destroyed in Biser and the nearby village of Leshnikovo after the cracked wall of the Ivanovo dam broke and submerged adjacent areas.

Meanwhile, UN Office for Disaster Risk Reduction, UNISDR, warned that parts of Central and Eastern Europe, particularly Bulgaria and Serbia, are under the serious threat of destruction and casualties over forthcoming floods caused by mass snowmelt.