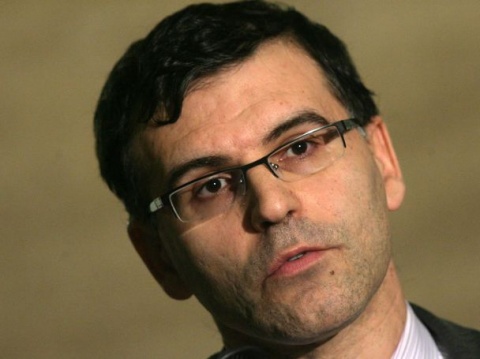 Deputy Prime Minister and Finance Minister, Simeon Djankov, says taxes in Bulgaria are low, and should not be differentiated. Photo by BGNES

The Value Added Tax, VAT, on medications in Bulgaria will not be eliminated or lowered, Deputy Prime Minister and Finance Minister, Simeon Djankov, firmly declared.

The Minister spoke for the Bulgarian National Radio, BNR, Friday, saying he "was not inclined to lower VAT on medications because Bulgaria has a State policy of low taxes without differentiation."

"We saw what happened when the cabinet of the former Tsar and Prime Minister, Simeon Saxe-Coburg, established a different tax for hotels – prices did not go down, but people from and close to the then government built their own hotels," said Djankov.

The idea to lower VAT on medications was supported one day earlier by Health Minister, Stefan Konstantinov, and the right-wing Blue Coalition.

However, the Chair of the Parliamentary Budget Committee, Menda Stoyanova, from the ruling, center-right Citizens for European Development of Bulgaria party, GERB, rejected the proposal, saying it will not lower legal drugs prices, but will rather only lead to increase of other taxes.