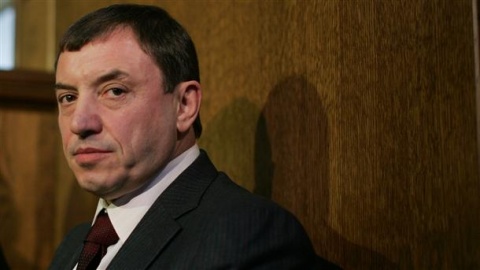 At the beginning of the new Court session Friday, the judge informed the parties that records of interrogations have vanished from the case's files and warned that if they are not reinstated ASAP, the security cameras will be checked, leading to "negative" consequences for those who have dared to take them.

The session then continued with the interrogation of the main prosecutor's witness, businessman Georgi Tsvetanov.

The indictment against the former employee of the State Agency for National Security, DANS, murky businessman and alleged crime boss Alexey Petrov was filed by the prosecution following an investigation of close to two years. Petrov, together with five other people are facing charges of racketeering and extortion. He was arrested on February 10 2010, in a special operation codenamed "Octopus."

As early as 1998, Tsvetanov alerted the authorities about Petrov, but for years no one took any action, says he.

Relations between Petrov and the witness date from the now-distant 1996 when the latter ended in Petrov's office in his search for a strong figure to help him gather enough money for a business deal.

But, little by little, the "Octopus" began taking over Tsvetanov's assets and their relation turned sour and included psychological pressure, harassment, threats, kicks, and beatings.

According to the witness, in 1999, he was forced to transfer everything he owned to Petrov – houses, villas, cars, and shares, in order to protect his and his family's lives.

"He was a powerful man, politicians stood in line in front of his office," Tsvetanov told the magistrates.

The Court did not hear any other testimony on Friday.

The Interior Ministry said at the time of Petrov's arrest that it had bust a very powerful, exceptionally well-organized and hierarchically structured crime ring that had been functioning since 1997.

He continues to insist that the case against him is political retribution. He vowed to sue for libel all who testify against him, and stressed that this case will end up being a serious blow to national security and a humiliation for Bulgaria.