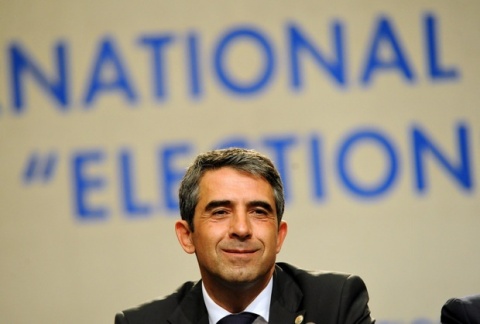 Bulgaria's President, Rosen Plevneliev, says State servants must work with a sense of security, with rules and be motivated, including with cash bonuses. Photo by BGNES

"There must be bonuses for State servants. If someone like Nesheva manages an annual budget of BGN 4 B and bears huge responsibility for any mistake not only should they receive a BGN 12 000 in bonuses, they must get them," the President said Friday, further stressing that senior management must not only be awarded with money, but be supported.

He however, voiced disapproval of people who awarded themselves with cash, and pointed out that such incidents violate the rules and must be sanctioned.

"It is totally unacceptable to have different rules in the system and people to bend them in many different ways. For a job well done, according to the rules, I am "for" bonuses, but they must have some limits. The bonus is a supplement to the salary and should not be used to increase wages two or three times," according to the President.

On Friday, Plevneliev is also scheduled to meet with Deputy Prime Minister and Finance Minister, Simeon Djankov, to discuss the administrative reform.

He reiterated that State servants must work with a sense of security, with rules and be motivated, including with cash bonuses.

Nesheva, who admitted to receiving over BGN 12 000 of bonuses last year and - though claiming the money was well deserved - quit office one week ago under public, opposition, and Prime Minister, Boyko Borisov's pressure.

They praised the NZOK Director for reinstating regular payments in the system, for the new medication policy which includes the possibility to negotiate discounts and the new methodology of payments to hospitals, which have increased transparency and reduced the lobbyist pressure.

On Wednesday, the Members of the Bulgarian Parliament accepted Nesheva's resignation, on the grounds that even though she showed professionalism, her dismissal was a must over the wide-spread public opinion.