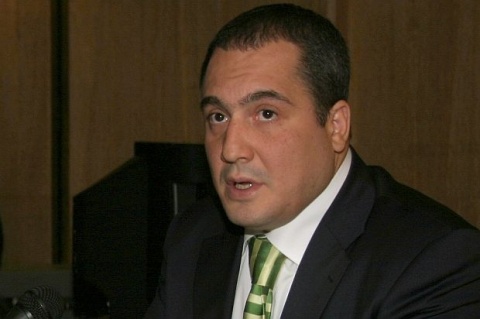 The news is published on the MEP's official web page and comes just two weeks after the announcement of him founding of a new civic movement, dubbed Civic Movement for Real Democracy, GORD.

The abbreviation GORD in Bulgarian means PROUD. The movement was founded on February 8 and includes over 100 businessmen, diplomats, journalists, writers, sports champs, artists and other prominent Bulgarians.

The announcement of the party's launch does not include names of founders, but sends 15 appeals to the nation such as rejecting the smashing of principles of democracy and the replacement of society's agenda; reinstating rights and freedoms; demanding from those in power to subject their will to the needs of the people; opposing attempts of police brutality, and maintaining the balance between human reason and human passions, among others.

"History has proven that all people reach the threshold of their patience sooner or later as result of the actions of their leaders. It is clear already that the intolerance for the present government is a fact. The limit of tolerance is exhausted; the time has come for a destiny-determining decision," the message reads.

As soon as it became clear that Ataka suffered a crushing defeat at the October 2011 local and presidential elections, he hinted that he might form his own party.

According to the Political Parties Act, 500 founders are needed in order to register a party.