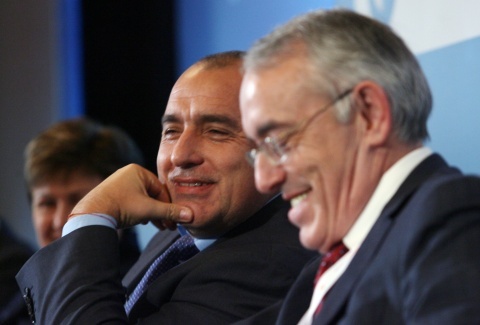 Donev spoke Thursday in an interview for Nova TV, commenting on recent and numerous reports that his company sells medications in Bulgaria with prices times higher than the same ones sold in neighboring Turkey and Serbia.

The pharmaceutical boss explained that countries, which are not members of the EU, lead protectionist policies for their local products, and manufacturers must choose between being limited only to the Bulgarian market, which would lead to some local workers losing their jobs, or seek opportunities to expand abroad.

He also stressed that locally Bulgarian-made medications, which are paid for by the National Health Insurance Fund, NZOK, have "bottom" prices while over-regulation does not allow prices to go both down and up.

Donev further rejected reports that Sopharma has monopoly in selling medications to hospitals (a 7.2% share, compared to 4 other businesses with 20% share, according to him), saying it ranks 12th-15th among those companies receiving money from NZOK, while its share on the country's pharmaceutical market is about 5.2% - or a total of BGN 60 M in sales in a BGN 2 B market.

"Ten years ago, Sopharma was second after another Bulgarian company in receiving money from NZOK, but we were pushed to the side by aggressive policies of foreign businesses," said he.

Donev rejected reports he was in conflict with the recently resigned NZOK Head Neli Nesheva or that Deputy Health Minister, Gergana Pavlova, who was fired a few days ago by Prime Minister, Boyko Borisov, had ever worked for Sopharma and favored it while at the post, as it was reported.

On Monday, Bulgaria's parliamentary health commission said it is about to launch a probe into Sopharma over suspicions of monopoly.

The move came following an investigation by TV 7 channel, which showed that Sopharma sells its medicines to Bulgarian patients and hospitals at higher prices than in Turkey or Serbia.

A package of ampoules for severe allergy, for example, costs about BGN 70 in Bulgaria, while its price in Turkey is just BGN 25. A medicine for high blood pressure is sold at BGN 7 in Serbia, while in Bulgaria the price is three times higher.

The investigation also showed that the pharmaceutical boss, who recently turned into a media mogul as well, will lose about BGN half B if health authorities decide to put their house in order.

Earlier this month it emerged that the European Commission is about to launch an investigation into Sopharma over suspicions of monopoly as unethical as in an African country.

Sopharma, controlled by Ognyan Donev, who until a year ago was a member of the supervisory board of NZOK, has managed to supply more than 70% of the medicines required by (state) hospitals and more than 50% of prescribed medicines, according to media reports.

The other key person in the scheme is believed to be the fired Bulgarian Deputy Health Minister, Gergana Pavlova, said to have been a former high-ranking employee of Sopharma.

According to a New Europe publication the European Commission is already in Bulgaria, investigating the case 'sur place'.

Donev and Pavlov are at war with the other large media group in Bulgaria, and TV7 is part of their enemies.