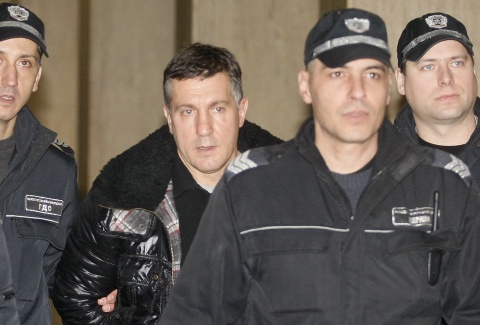 Stefan Klenovski will be extradited to Italy after the investigation on possession of fake ID documents is wrapped up. Photo by BGNES

The Sofia Appellate Court has approved the extradition of Stefan Klenovski, who has a European Arrest Warrant issued against him by Italian authorities on suspicions of participating in a crime ring practicing ATM scams.

46-year-old Klenovski was arrested on January 27 in a shopping mall in downtown Sofia.

The arrest was accompanied by accusations of police brutality, which Valeri Yordanov, Chief of the Sofia Directorate of the Interior, refuted outright.

CCTV footage of the arrest, however, showed the detainee being slapped in the face by a policeman.

Interior Minister Tsvetan Tsvetanov admitted that the police had exceeded their powers and vowed disciplinary action.

Klenovski has no criminal record in Bulgaria and his EAW concerns his alleged involvement in a crime group specialized in debit and credit card fraud and money laundering.

The Sofia City Court initially placed Klenovski under house arrest on the grounds that he had no prior convictions and was the father of four but he was re-arrested a few hours later on charges of possessing a fake identification card.

The decision of the Sofia Appellate Court is final and cannot be appealed.

Klenovski will be extradited to Italy after the investigation on the possession of forged ID documents is wrapped up.