ACTA Now Suspended in Austria, Too 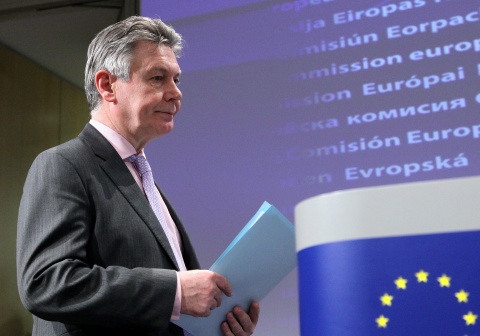 Karel De Gucht, European Commissioner for Trade give a press briefing on the Commission`s position on ACTA the controversial Anti-Counterfeiting Trade Agreement at the EU commission headquarters in Brussels, Belgium 22 February 2012. EPA/BGNES

Austria has halted its ratification of the controversial ACTA agreement until the European parliament has ruled on it, the country's Interior Ministry has announced.

Earlier on Wednesday, European Trade Commissioner Karel de Gucht announced that the European Court of Justice, EU's highest court, has been asked to determine the validity of the agreement.

Bulgaria, the Czech Republic, Germany, Latvia, Lithuania, Poland and Romania have also said they would not ratify ACTA.

A total of 22 EU member states and 10 other countries, including the US, Japan, Canada, Australia and South Korea signed the agreement in Tokyo at the end of January.