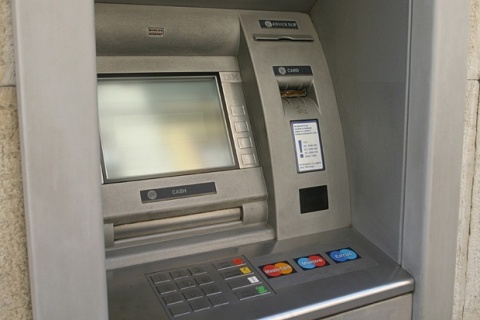 Dimitar Dimitrov, a 59-year-old Bulgarian citizen residing in the United States, has been sentenced to 41 months of imprisonment for ATM scams.

According to the indictment, he was the leader of a crime group which used hi-tech methods to to steal hundreds of thousands of dollars from bank ATMs in Las Vegas, New York, Miami, San Francisco and Seattle, the Bulgarian Telegraph Agency (BTA) reported, citing the Las Vegas Review-Journal.

Charges were pressed against nine other defendants besides Dimitrov.

Four remain at large in Bulgaria, but four of the five arrested have pleaded guilty.

Dimitrov has been behind bars since May 2010 and will get credit for the time spent in custody.

After his release, Dimitrov will serve three years of supervised release, pay USD 96 461 in restitution and stay away from the other members of the crime group.

Dimitrov's defense lawyers argued that he was not the mastermind of the crime group and that he was a troubled personality battling alcohol problems and bipolar disorder.

Before the pronouncement of the verdict, Dimitrov insisted that he was not the leader of the crime ring.

"I never organized nobody. I just drank too much and talked too much." Dimitrov said, as cited by the US daily.

Senior US District Judge Philip Pro, however, said that there was clear evidence that Dimitrov was "the guy" who kept in touch with the crime ring's overseer in Bulgaria.

The accusations were backed by court-approved FBI wiretaps of calls between Dimitrov and his Bulgarian-based ally, Nencho Mihalev.

The data was then used to make counterfeit debit cards and withdraw money from ATMs.