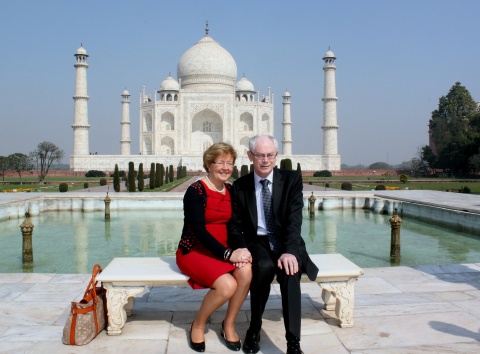 European Council President Herman Van Rompuy will get a second 2.5-year term at the summit of EU leaders on March 1-2, reports say.

The term of European Council President Herman Van Rompuy is due to be extended for two and a half years at the summit of EU leaders on 1 and 2 March as no alternative candidates have come to the fore and no blocking minority has been formed, Europolitics reported citing diplomatic sources.

Herman Van Rompuy born 31 October 1947) is the first long-term and full-time President of the European Council under the EU Treaty of Lisbon, which is an unelected position.

A Belgian politician of the Christian Democratic and Flemish party, Van Rompuy served as the 49th prime minister of Belgium from 30 December 2008 until his predecessor (Yves Leterme) succeeded him on 25 November 2009.