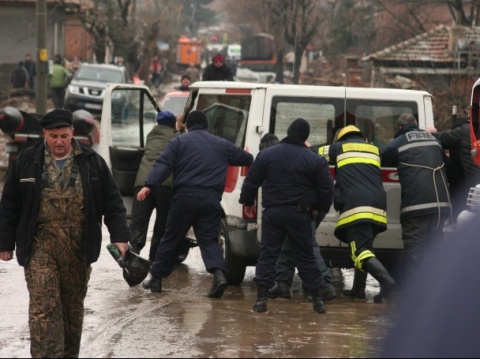 Parts of Central and Eastern Europe, particularly Bulgaria and Serbia, are under the serious threat of destruction and casualties over forthcoming floods caused by mass snowmelt, according to the UN.

The warning was issued Tuesday by The UN Office for Disaster Risk Reduction, UNISDR.

"UNISDR today said the European Flood Alert System could soon be put to its greatest test since widespread flooding ten years ago led to its creation by the European Commission.

The UN Secretary General's Special Representative for Disaster Risk Reduction, Margareta Wahlstr?m, said she was particularly concerned about the consequences for those countries bordering the Danube where the ice is now starting to break up in the first signs of a spring thaw.

"This severe winter in which hundreds of people have died has highlighted several weaknesses in our built environment and our ability to prepare for worst-case scenarios. Vulnerable communities across Europe have been cut off from transport, schools, health facilities and electricity in many cases.

"The thaw is now setting in along the Danube. While thousands of people remain snowbound from Serbia to Bulgaria, there are warning signs that destructive floods will add to the loss of life and economic assets particularly in places where there is an absence of flood management infrastructure such as dams and dikes.

"We do need to plan better. The unpredictability of severe weather events leads to high human and financial costs. More focus on winterisation planning will be a wise investment in the coming years."

She praised the decision of Bulgaria to inspect over 500 dams throughout the country and to release the water from some dams and reservoirs as a measure designed to contain the floodwaters when they come.

The European Flood Alert System (EFAS) was launched by the European Commission following the devastating Elbe and Danube floods in 2002, a year when 20 European countries experienced severe flooding. Worldwide, on average 106 million people were affected annually by floods over the last ten years."

The amount, however, does not include the damage to the infrastructure, such as the railroad, the roads and the bridges, which will make the amount many times higher.