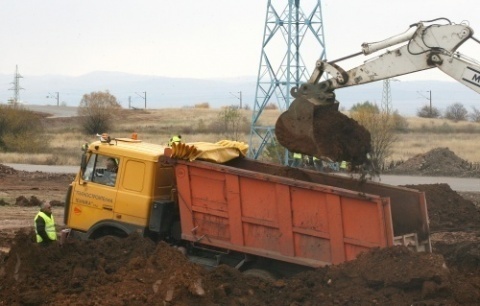 The construction of the Sofia waste treatment plant has already been delayed by two years. Photo by BGNES

The European Commission had been satisfied with the final bid for the Bulgarian capital Sofia waste disposal project.

The EC had examined the bid in detail and had approved it, their press center informs Tuesday.

The latest project is based on a better concept, which, first and foremost, will allow an increase of the volume of recycled waste over its more effective treatment at a bio-processing plant.

Secondly – the new project avoids long-distance transport of waste since it plans for the energy from residual waste (after sorting) to be utilized by the Thermal Power Plant, TPP, Sofia. At the moment, TPP Sofia is conducting a feasibility study so that the plant can be furnished with the necessary technical and environmental equipment for waste incineration. This will be the first step to an additional project that also provides co-funding from the European Union at the end of the current financial period or at the beginning of the next.

The Commission is satisfied that with the second stage of the project the capital city will be able to bring waste management in line with European standards.

At the beginning of the month, the Sofia city council announced a new public procurement for the construction of a waste processing plant.

A first procurement announcement was scrapped in December after recommendations for change by the European Commission, which argued for the introduction of new technical parameters.

The first tender was won by the HUT-Stanilov consortium between Bulgarian company Stanilov and German Heilit, which entered with a bid of BGN 208.8 M

This is close to the latest tentative price announced by the Sofia Municipal Council - BGN 208.3 M.

According to the procurement offer, the waste plant will have to be designed and constructed for 19 months, after which it undergo tests for a year.