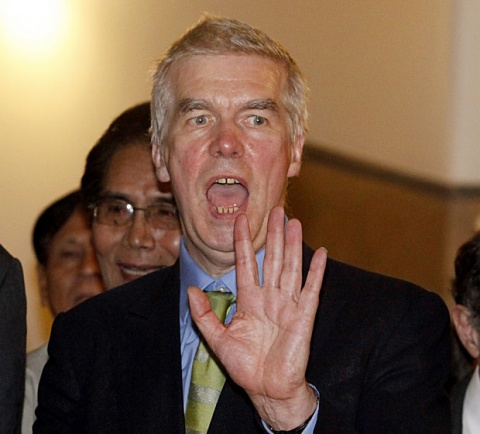 Serbia and Kosovo are set to resume European Union-brokered talks to Tuesday, days before the bloc is due to deliver its verdict on Belgrade's membership bid.

Progress in the talks and implementation of the agreements made over the previous year are a key condition for Serbia to be formally recognized as an EU candidate, DPA reminds.

Robert Cooper, the EU diplomat in charge of the talks, told journalists on Monday that the bloc wanted to put an end to Serbia's veto on Kosovan participation in Balkan initiatives, and make sure that previously-agreed border deals were respected.

"There is no point at all in reaching agreements unless they are implemented. There have been progressive improvements in implementation but there is still more to be done," he said in Brussels.

The EU postponed the decision on Serbia's membership status from December to March, allowing it more time to work toward a normalization of relations with Kosovo.

Kosovo is Serbia's mostly Albanian former province which was embroiled in an ethnic conflict in 1999 and declared independence with the support of the United States and most EU nations four years ago.

Serbia has fought the secession by diplomacy - but also by financing the sometimes violent resistance of Kosovo Serbs to Pristina's rule.

Still, keen to finally begin moving closer to EU membership, Belgrade bowed to Western pressure a year ago and agreed to open the talks, facilitated by Brussels to resolve problems stemming from Serbia's row with Kosovo.

The situation in northern Kosovo is still as tense as it was in the latter half of 2011, with local Serbs still blocking all major roads and defying the West, Belgrade and Pristina.

Kosovo Serbs have rejected all deals made in the EU-led talks, saying that they do not recognize Pristina as a partner and insisting that even Belgrade's orders will not change that.

To highlight their resistance, they held a referendum last week in spite of condemnation from Belgrade and the EU, which saw an over 99-per-cent majority vote against the authority of Kosovo institutions.