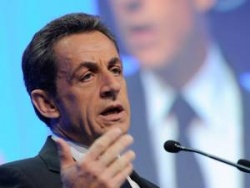 An election campaign song used in French President Nicolas Sarkozy's bid to get re-elected has been recorded in Bulgaria, it has emerged.

The song will be heard before all of Sarkozy's election rallies, the Bulgarian Telegraph Agency has informed.

The piece is composed by Laurent Ferlet and has been recorded by an orchestra of 50 performers in Sofia before being mixed in France.

According to Le Figaro, a discussion has been going on in Twitter on whether the 3-minute-long song reminds of Batman and Spiderman soundtracks.