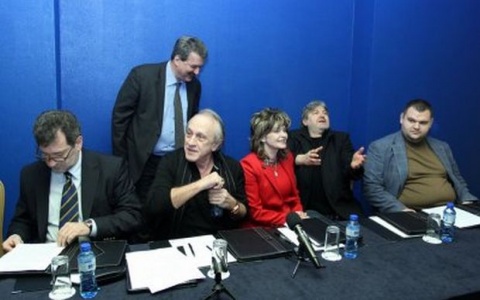 Several major Bulgarian newspaper and magazine publishers have founded a new media association in Sofia, after the Union of Publishers in Bulgaria has been ripped apart by conflicts.

The new Bulgarian Media Union has been formed over discontent with the role of the publishers of the Trud daily and 24 Chasa daily Ognyan Donev and Lyubomir Pavlov, who, according to the discontents, have usurped the leadership of the Union of Publishers in Bulgaria.

The animosity between Donev and Pavlov on the one hand, and Tosho Toshev and Delyan Peevski on the other has resulted in frontpage mudslinging publications of the highest circulation Bulgarian dailies in the recent months.

The new Bulgarian Media Union has a total of 35 members, including distributors and advertising agencies.

It will be chaired by Tema magazine publisher Valeri Zapryanov. Advertising boss Krassimir Guergov has been elected to chair its supervisory council.