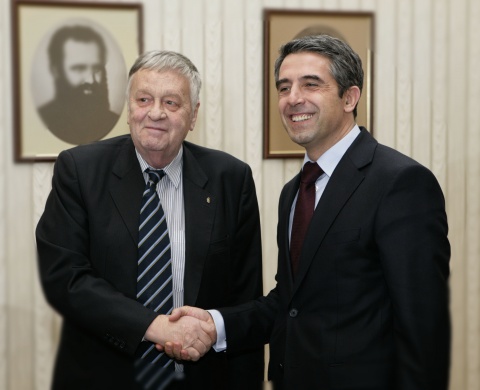 The President of the International Ski Federation Gian-Franco Kasper has praised Bulgaria's head of state Rosen Plevneliev for his ideas about the development of skiing and winter sports.

On Friday, Bulgarian President Plevneliev received Kasper, who is in Bulgaria for the World Ski Cup contests to be held in the winter resort of Bansko over the next few days.

"The President has wonderful ideas about the development of winter sports, skiing, and winter tourism in your country," Kasper told reporters in Sofia after meeting with Plevneliev, as cited by Focus.

"We had a very interesting conversation with your President. I knew that he is an ardent skier but I am now convinced that he is Bulgaria's No. 1 skier," the FIS chief stated.

Kasper went on to praise Plevneliev, who took over as President of Bulgaria less than a month ago, while also noting that winter tourism means development of ski tourism "first and foremost."

"You have very important ski centers – Pamporovo, Borovets, Banskov. The most important place in my view, especially for young people and the residents of Sofia is the Vitosha mountain," the head of the International Ski Federation said, pointing out the advantages of Vitosha's proximity to Sofia.