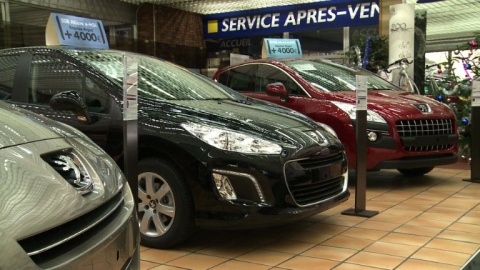 New car sales in France plunged by an annualised 20.7 percent to 147,143 units in January, according to figures released on Wednesday by the Committee of French Manufacturers (CCFA) . EPA/BGNES

A total of 1 345 new cars were sold in Bulgaria in January 2012, according to data of the European Automobile Manufacturers Association – ACEA.

This marks a 12% growth of the Bulgarian market of new vehicles compared with January 2011.

No data on the Bulgarian car market is available any more from the Bulgarian Association of Car Producers and Importers because the Association decided not publish any figures after disputes among its members stemming from the re-exporting of vehicles that registered as Bulgarian sales.

Unlike the moderate growth of the Bulgarian car market, however, the markets across Europe show a slump, ACEA data indicates. The EU 27 total new car sales declined by 7.1% in January year-on-year, with a total of 968 000 vehicles sold in all of the EU (excluding Malta).