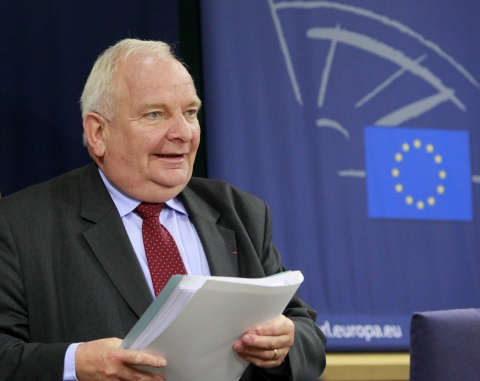 Chairman of the EPP-ED Christian-Democratic Group of the European Parliament French Joseph Daul. Photo by EPA/BGNES

The European Parliament has decided to hold a debate at its next plenary session on the anti-European and anti-immigrant website created by the Dutch PVV Party of Geert Wilders.

The debate has been called on a request by Joseph Daul, Chairman of the EPP Group, and will take place on March 13 in Strasbourg at the plenary session of the European Parliament.

"I am angered that anyone could attack fellow Europeans. It is against all European and indeed human values to attack a group of people in this way. It is reckless to encourage hate and discrimination," Joseph Daul said in a statement.

"We especially call on the Dutch Prime Minister, Mark Rutte, to declare the position of his government on this issue and come before the European Parliament to explain his deafening silence on this issue," he added.

On Thursday, Bulgaria's MEPs unanimously expressed their outrage with the Dutch website for complaints against Eastern Europeans that has recently stirred heated discussions.

In a statement on behalf of all Bulgarian Members of the European Parliament, the Dutch far-right Freedom Party (PVV) has been accused of trying to discriminate European citizens through the website in question.