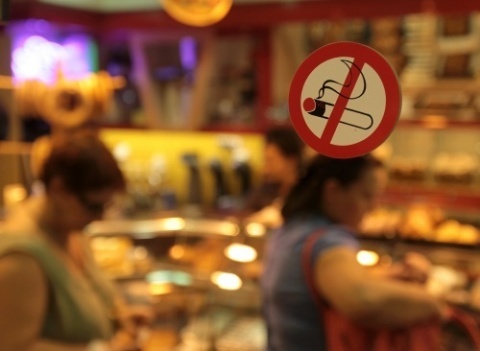 Bulgaria's parliamentary health commission has approved unanimously the proposal for introducing a full ban on smoking in closed public spaces as of June 1, 2012.

"This is one of the very rare cases where the MPs vote as people and experts, not as members of a particular party," Health Minister Stefan Konstantinov commented.

A smoking ban in public places came into force in Bulgaria at the end of 2010, but it was widely ignored.

Owners of restaurants, coffee shops and bars were given the opportunity to take advantage of the 2-week grace period and provide the necessary walls, tight-closing doors and good ventilation equipment.

The requirements affected all smoking spaces inside commercial and administrative buildings, railroad stations and airports as well.

The new rules envisaged that owners of coffee shops and restaurants with less than 50 square meters have the right to decide whether smoking would be allowed. In case smoking is allowed, individuals under the age of 18 would not be admitted as they are banned from smoking in all indoors spaces.

In night clubs, smoking is allowed at all times regardless of how large they are.

Open-space coffee shops and restaurants inside shopping malls should be non-smoking facilities.