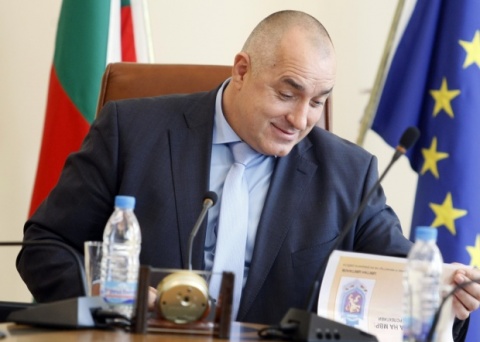 The announcement was made Wednesday by Prime Minister, Boyko Borisov, during the regularly scheduled meeting of the Council of Ministers.

Borisov declared he was assuming the entire political responsibility for the decision and expects to be attacked by international organizations on it.

He added that Bulgaria's Minister of Economy and Energy, Traicho Traikov, had, very generously, accepted the blame for everything regarding the ACTA outrage.

On Tuesday the Minister declared Bulgaria will freeze its participation in ACTA and assumed full responsibility for signing it, despite the fact that negotiations on it have started as early as 2006, long before he became member of the cabinet.

On Wednesday, Traikov even announced that he is ready to resign over the ACTA controversy if Borisov decided such sanction is needed.

"I cannot accept that he is responsible for ACTA," Borisov said later.

The PM was adamant that the negotiations on the agreement have started during the term of the previous cabinet, and there is no way for the now opposition, left-wing Bulgarian Socialist Party, BSP, to pretend they never heard about it.

The PM further vowed that the Members of the European Parliament from his ruling, center-right Citizens for European Development of Bulgaria party, GERB, would not endorse the ratification of ACTA.

"Bulgarian legislation on internet piracy and protection of copyrights is strict enough and we do not need ACTA," Borisov concluded.

Traikov told journalists after the meeting that the rejection of ACTA would not harm the country's reputation, and that some new objections have emerged which have not been subject to large public interest 5-6 years ago.

"Germany's government decided to sign the agreement, but then backed from it and announced it would wait for the EP's decision; Poland and the Czech Republic began the ratification procedure, but are now stopping it," the Minister said.