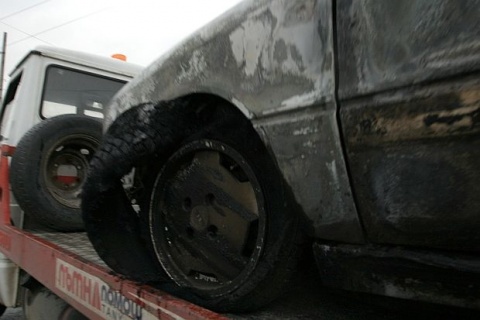 Four cars have been set on fire in Bulgaria's southern city of Yambol and one in the capital Sofia Monday into Tuesday.

The call for burning automobiles in Yambol has been placed on the emergency 112 hotline – all have been parked in front of the same apartment building and 3 had Yambol title plates, while one was from the Black Sea city of Varna.

A Volkswagen Passat was set on fire in Sofia in the "Fondovi Zhilishta" district, the Sofia police inform. The call was placed at 1:30 am, and fire experts strongly suspect arson.

According to the Bulgarian National Radio, BNR, the Passat belongs to Catherine Markova, 43, known for her son's Dzhordzho's kidnapping several years ago by the organized crime group dubbed "The Impudent." The car, however, had been used by Plamen Markov, the brother of known criminal Yordan Markov AKA Sidzhimata, who was gunned down in Sofia six years ago. Yordan Markov is Dzhordzho's father.

Though subsiding, there had been over 60 such incidents in Sofia in the last three months and over 30 others outside the capital.

Police say that the arsons were committed by several groups with different motives and some have been copycat criminal actions. Others believe the arsons were set on purpose by an unknown, but powerful mastermind in order to destabilize the cabinet of the ruling GERB.

Recently, the Sofia District Court ruled to keep Ivan Kamenov, the fourth suspect regarding the recent series of car arsons in Bulgaria's capital Sofia, in custody.

The court believes that Kamenov is likely to hide or commit other crimes if he is released. The suspect has had a previous sentence for arson.

Kamenov has been accused of torching a vehicle in Sofia's Lyulin residential district. His lawyers have pointed out that the witnesses who have implicated him in the crime have criminal records or have been under the influence of cannabis, which would make their accounts doubtful.

Another arson suspect is being held in jail in the Black Sea city of Varna – Georgi Georgiev, an individual with a criminal record, charged with setting on fire two cars in the nearby town of Aksakovo.

On December 27, the Sofia Appellate Court released Yuliyan Kovachki , 29, on own recognizance. Kovachki was allegedly responsible for several arsons that took place in the Mladost residential district. He was rearrested on charges of hooliganism on February 1.

Several days earlier, another suspect, 33-year-old Vladislav Nikolov AKA Kukata (The Hook) was also released on own recognizance. On December 20, suspect Radoslav Stoyanov was released on a BGN 1700 bail.