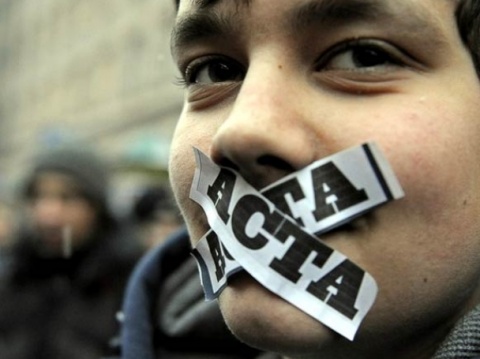 ACTA has already raised an outcry internationally with another mass rally organized across Europe Saturday. Photo by BGNES

International protests against the Anti-Counterfeiting Trade Agreement, ACTA, are expected in at least 150 cities across Europe Saturday.

In Bulgaria protests, organized through the social network Facebook, will take place in 15 cities, starting at 11 am.

Marches will be held in Bulgaria's largest cities of Varna, Plovdiv, Burgas, Gabrovo, Ruse, Haskovo, and Yambol, among others.

In the capital Sofia, the rally begins in front of the National Palace of Culture and will end on the square in front of the building of the Parliament, where a meeting will be held.

Germany has halted signing the controversial anti-piracy accord, after the justice ministry voiced concerns. Latvia also put off ratification on Friday. Poland, the Czech Republic and Slovakia have already delayed the process.