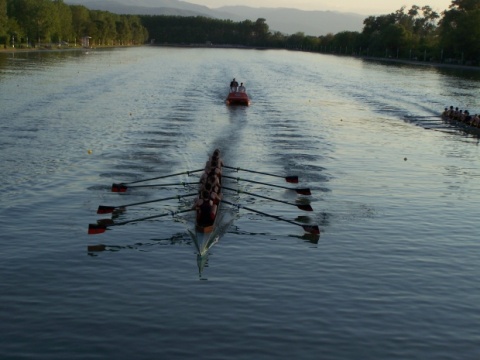 The southern Bulgarian city of Plovdiv hopes to build a second rowing canal and a new zoo with funding under the JESSICA scheme. Photo by BGNES

The Southern Bulgarian Plovdiv municipality plans to build a second rowing canal and a new zoo with funding from JESSICA, a joint EU initiative for financing sustainable urban development.

The JESSICA initiative is operated by the European Commission in cooperation with the European Investment Bank (EIB) and the Council of Europe Development Bank (CEB).

The plans were reported Friday by the Bulgarian National Radio (BNR) following a presentation of the financial instrument before the local administration by Regional Development Minister Lilyana Pavlova.

On Friday Pavlova also participated in a discussion on the JESSICA initiative in the Black Sea city of Burgas.

Funding under the JESSICA instrument is allocated via competitive tenders and will be distributed among the six biggest Bulgarian cities – Burgas, Varna, Ruse, Pleven, Plovdiv and Stara Zagora.

Pavlova made it clear that it was absolutely possible for Burgas to "get the BGN 100 million" as long as it came up with impeccable and timely prepared projects.

The Regional Development Minister stressed that Burgas was among the top performers in EU funds absorption.

Bulgaria has been allocated a total of BGN 110 M until 2015 under JESSICA.

Nearly BGN 37 M is provided under the Regional Development Operational Program and the remaining BGN 74 M by SG Expressbank.