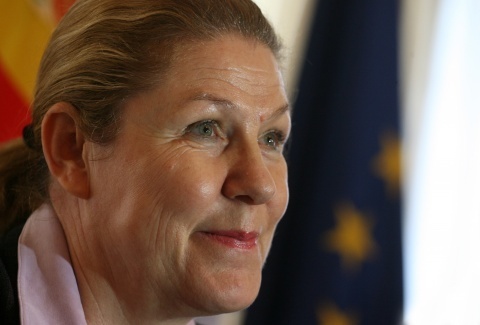 Bulgaria has received a donation from Hungary to help with the effort to eliminate the damage from the deadly floods in the southern parts of the country.

Lang reminded that two years ago, when her country was hit by floods, Bulgaria had offered similar assistance. She said the donation was an extended hand to a friend.

Vuchkov thanked the Ambassador on behalf of the entire cabinet and assured her that the bags will get to the affected areas and will be used on this same day – Friday.

The Bulgarian cabinet declared Wednesday, February 8, an official day of mourning over the tragic deaths of a total of 8 Bulgarian citizens in floods in southeastern Bulgaria. Two people are still missing – a husband and wife.

The village of Biser, with four deaths, was hit the worst on February 6, after the waters of the nearby Ivanovo dam burst its cracked wall and a 3-meter-high wave submerged the village.