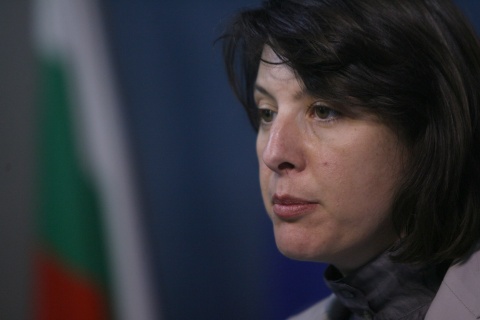 Vesela Cherneva, spokesperson of the Bulgarian Foreign Affairs Ministry, says the Dutch Freedom party is threatening the EU and its values. Photo by BGNES

Bulgaria has reacted strongly to the new initiative of the Dutch Freedom Party of Geert Wilders which presented a special site where the Dutch can submit complaints about Eastern Europeans.

Vesela Cherneva, spokesperson of the Bulgarian Foreign Affairs Ministry, says her institution cannot accept the fact that one of the countries founders of the European Union is tolerating incitement to hatred, discrimination and xenophobia, in contradiction of the Charter of Fundamental Human Rights.

The announcement about the launch of the new project is displayed on the party's official website along with a link for access.

The Bulgarian "Dnevnink" daily quotes a representative of the Freedom Party, saying that the site has the goal of revealing all problems created by people from Central and Eastern Europe such as crime, alcohol consumption, use of illegal drugs and prostitution. He stresses that the complaints will be reported by the party to the Ministry of Labor with the goal to help Dutch people who have stopped complaining over the inactivity of the institutions.

Cherneva states that this not only shows internal problems in the Netherlands, but is a threat for the entire EU and its values and appeals to the Dutch cabinet to differentiate from the party's initiative and undertake the necessary measures.

Bulgaria's official position is being presented Friday before the Dutch Ambassador in Sofia, while Bulgaria is also deciding if it should alert the European Ombudsman and the European Commission.

Romanian media report Friday that the Romanian authorities have also reacted strongly to the Dutch initiative and accuse Wilders' party of discrimination.

The Dutch government remains the strongest obstacle for the two countries joining of the Schengen zone and is adamant it would continue to block it until it sees at least two positive EC reports, noting significant progress in the fight against corruption and organized crime.