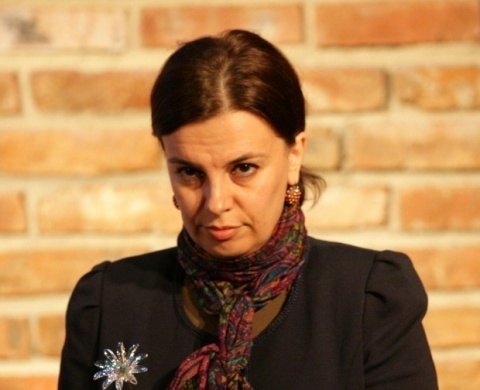 Miroslava Todorova filed a defamation lawsuit against the Interior Minister. Photo by BGNES

Judge Miroslava Todorova's libel suit against Bulgarian Interior Minister Tsvetan Tsvetanov has been assigned to the Sofia District Court by the country's Supreme Court of Cassation.

Miroslava Todorova, Chair of the Bulgarian Judges Association and judge at the Sofia City Court, has filed a libel lawsuit against Interior Minister Tsvetan Tsvetanov on Wednesday over a series of accusations leveled by him on TV.

In a series of recent media appearances three weeks ago, Tsvetanov claimed that Todorova was incompetent in doing her job and was patronizing the mafia.

He argued that she had delayed the issuing of written motives for verdicts against high-profile criminals, including drug lord Vasil Manikatov.

Todorova countered the accusations by saying that the delay had not allowed anybody to evade justice because the offender had been behind bars during the period.

The case had been assigned to a Sofia District Court panel but the magistrates asked the Supreme Court of Cassation to determine which court should try the case.