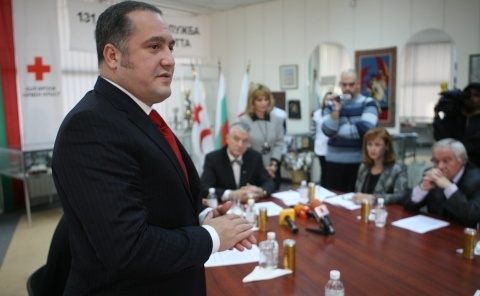 The abbreviation GORD in Bulgarian means PROUD and coincides with the name of another GORD, formed last year in the eastern city of Shumen by dissidents from the ethnic Turkish Movement for Rights and Freedoms, DPS, headed by Kasim Dal. Binev's press office insists that the MEP was the first one to announce the name and to register it three months ago.

There had been unconfirmed reports that the MEP is planning the launch of a new political project, however, until now, he had declined comments.

One of the stated goals is "proud and courageous Bulgaria with children who succeed in the country, here and now" while its ideal is the support of Bulgarian "entrepreneurship, science, sports and culture."

It is unclear if the movement will grow into a political party and who will be its leader, even though Binev's name is the most often mentioned as a candidate for the post.