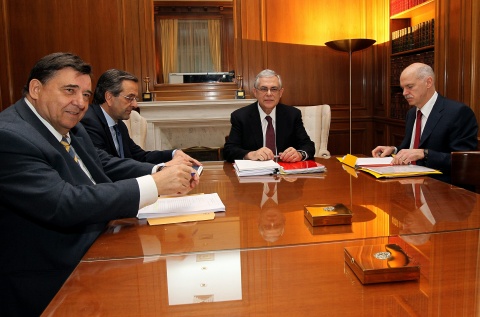 "The consultations between the government and the Troika on the issue, which remains opens for additional discussion, ended successfully. Political leaders reached an agreement for the results," reads the announcement.

Draghi however did not specify any details about the agreement, in particular information about Greek sovereign bonds held by the ECB.

Private lenders to Greece will be requested to write off some 70% of Greek debt.

Political leaders in Greece had a deadline to reach an agreement until Tuesday, which they failed to do.