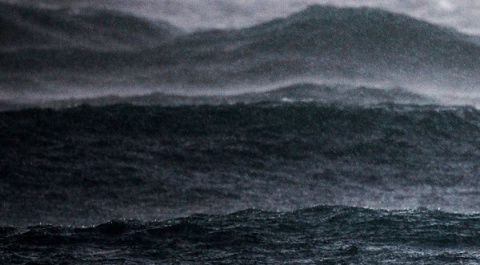 A Bulgarian headed the rescue operation of passengers traveling on the ferry boat which sank last week off the coast of Papua New Guinea.

The MV Rabaul Queen sank on February 02 while traveling from Kimbe in West New Britain towards Lae on the mainland.

The vessel foundered some16 kilometers off the coast at Cape Fortification, near Finschhafen.

38-year-old Vladimir Gargov from the Black Sea city of Varna was the captain of a cargo ship which first responded to the distress alert.

"The ferry was sinking and a distress signal was sent via satellite. Even if the vessel had sank already, the signal reached the coast, after which the Australians transmitted it to the ships. I was the first to take the signal seriously and to go there. We saw what the situation was and we started taking them out and I became coordinator of the operation," Gargov said, as cited by private TV channel bTV.

The search-and-rescue operation was conducted with eight ships and three helicopters.

A total of 238 out of the 350 passengers on board were hauled into five boats, with over 100 people missing.