US-BG: Brotherly Friendship but at a Slight Standstill 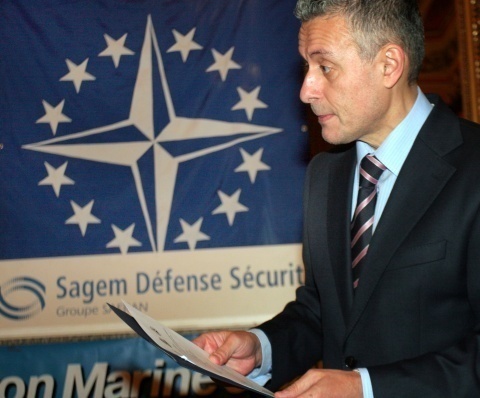 President of the Atlantic Club of Bulgaria Solomon Passy. Photo by BGNES

A visit by a US Secretary of State – such as the visit of US State Secretary Hillary Clinton in Bulgaria on February 5 – is always good news for the host country. It is always a matter of recognition about the respective nation and its relations with the USA, and – let's face it – for the government itself. The great added value of such visits is that they indirectly stimulate American (and only) investments and tourism.

The Bulgarian public clearly understood what priorities the USA had during the visit of State Secretary Hillary Clinton to Bulgaria: energy security and diversification (in the common interest of both the USA and Bulgaria); shale gas (an issue on which the Bulgarian position saw various transformations); the open government program (to which the Bulgarian side visibly failed to respond); the UN Security Council veto on the Syria resolution.

We also learned that the common Bulgarian-US military bases could be used more intensively in the future, which is truly good news against the backdrop of the reduction of the US military spending.

Both parties – Bulgaria and the USA – came to the conclusion that the bilateral relations are excellent, with the two dynamic embassies deserving much gratitude in this respect. By the way, that is totally natural given the 22-year evolution of the Bulgarian-US relations that have overcome the obstacles of four wars that have been won together (and that led to the freedom of four nations on two continents), the three years of alliance at the UN Security Council, and Bulgaria's Chairmanship of the Organization for Security and Cooperation in Europe.

My life has run in such a way that I ended up being one of the few Bulgarians who have worked directly or indirectly with the four American Presidents since 1990 – George H. W. Bush, Bill Clinton, George W. Bush, and Barack Obama. I know from experience that sometimes Americans are ready to give. But under three conditions: that you are a decent nation; that you know what to ask for; and that you know how to ask for it.

The first of these conditions may already be deemed largely completed with Bulgaria's accession to NATO in 2004. Or it has at least been completed to such an extent that it would not prevent the realization of more large-scale Bulgarian expectations.

Unfortunately, no such expectations were mentioned publicly during Hillary Clinton's visit in Bulgaria. I was sad to come to the conclusion that Bulgaria's last large-scale political project in its ties with the USA was formulated an entire decade ago – back in 2003: the creation of US military bases in Bulgaria (actually, it started together with the Bulgarian request for inclusion in the US Visa Waiver program).

As I was watching the press conference of Hillary Clinton and Bulgarian Prime Minister Boyko Borisov, I was thinking – why shouldn't we ask for something that will make the future generations grateful to the present Bulgarian government? But what?

It is true that there are projects in which missed opportunities are permanent and irrepairable. That is the case with the NATO missile shield in Europe which will not station any of its elements in Bulgaria. We missed that opportunity. But there are other hi-tech areas in which we can aspire for joint participation together with the Americans. For example, an agreement with the USA in the framework of its space program. It has defense, civilian, scientific and technical, and even image aspects. Space defense is yet to become a true concern for humanity, and Bulgaria's early alliance with the USA would be a very promising policy. And the sending of a Bulgarian astronaut into space on a NASA flight could be only the most visible peak of such cooperation. To date, NASA has sent into space 45 astronauts from partner nations, and Bulgaria is comparable to them under a number of indicators.

A request for Bulgaria's participation in the project for the F-35 mutipurpose fighter jet (however virtual its future might be) can lead to out inclusion in that or another similar program. Here, too, there are some 10 countries deemed to be special allies of the USA that have been invited to work in a team.

A special bilateral agreement with the USA in cyber defense – NATO's priority – can have a strong projection in the development of the IT sector in Bulgaria.

Of course, the USA can be of great help for the realization of a wide range of Bulgarian priorities on the international stage if any of those are to be formulated. For example, gaining membership in the Organization for Economic Cooperation and Development – the club of the top 40 economies. This is no easy task but it is not harder than an accession to NATO and the EU. Attracting more US investments is a must-do on the list. There are American investments in Bulgaria and they should not be underestimated in any way but they don't really correspond with the potential assumed by our military and defense cooperation.

Of course, the United States could be a very useful ally in defense of the interests of Bulgarian companies in international NATO tenders in Iraq, Afghanistan, Kosovo. Bulgaria's membership in NATO, and all the more so – in the EU makes us a completely legitimate bidder for the winning of such tenders, all we need to do is formulate our demands, and stand our ground.

*Dr. Solomon Passy (SolomonPassy@gmail.com), is the founder and President of the Atlantic Club of Bulgaria. He was Bulgaria's Foreign Minister in 2001-2005. He chaired the UN Security Council (in 2002, 2003). He was the Chairman-in-Office of the Organization for Security and Cooperation in Europe in 2004. He was the Chair of the Bulgarian Parliament Committees on Foreign Policy, Defense, and Security and a Member of Parliament in 1990-1991, 2001, 2005-2009.