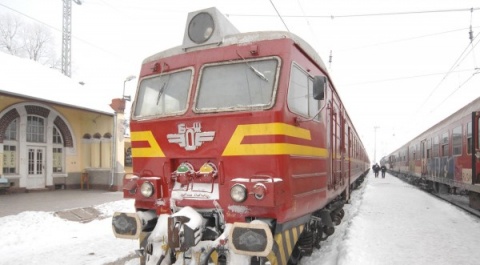 The Bulgarian State-owned railways BDZ are asking their customers to avoid travel unless there is an absolute emergency.

The BDZ schedule has experienced disruptions and delays in the last two days over the snow fall and at some locations in the country there are no trains because tracks are covered with snow.

The company's management reports that most of the trains that have been stuck in snow drifts earlier Tuesday have departed now and for others – passengers have been transported on buses.

The central railroad station in the capital Sofia reports 60-minute delays of the trains to Vidin in northwestern Bulgaria and Burgas on the Black Sea coast. All other trains are also running up to 30 minutes late. Trains from Sofia to the nearby city of Pernik on the west are using a detour.

The teams of the National Company Railroad Infrastructure are working round-the-clock to dry cables in problematic areas.

The port in Burgas is open, but the one in the other Black Sea city of Varna is closed over strong winds and high waves.

The airports in Sofia and the second largest city of Plovdiv are open under winter weather conditions.