Bulgarian EU 'Disaster' Commissioner: Worst is Yet to Come 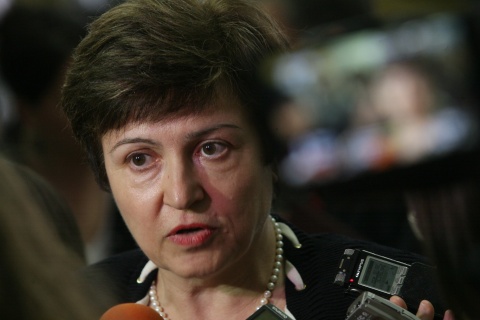 The next two weeks will be very difficult and the melting snow could make the situation very complex, according the Bulgaria's EU Commissioner on International Cooperation, Humanitarian Aid and Crisis Response, Kristalina Georgieva.

Georgieva spoke during her visit to the southeastern Bulgarian village of Biser which was inundated Monday when the nearby Ivanovo dam wall burst in the aftermath of heavy snow. She stressed that the worst is yet to come.

It was reported meanwhile that the towns of Harmanli and Svilengrad, also in southeastern Bulgaria, near the Turkish border, are under water Tuesday while one of the dikes on the Maritsa river had burst and there is imminent danger of it flooding the Capitan Andreevo cross border point.

Georgieva stressed the need of investments for prevention of similar incident and of the State to undertake urgent measures in the light of the forecast for more snow, ice and freezing cold.

The EU Commissioner voiced sympathy over the loss of eight lives in Biser and the loss of property of people, "who had not been wealthy even before the disaster."

Georgieva further explained ways to help the flood victims: "We can mobilize structure cohesion funds to rebuild the affected areas; we have done it with success before, Hungary was the last case," said she.