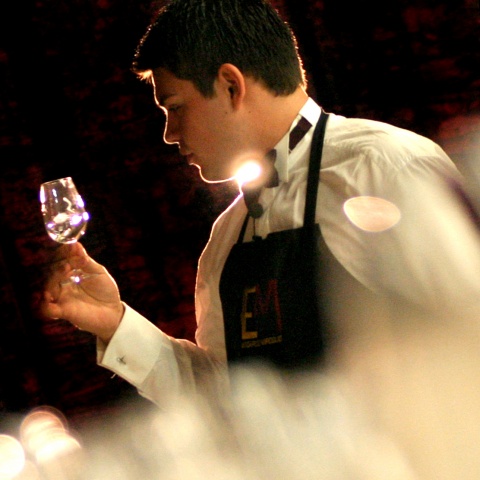 Bulgaria has a history of fine, value-for-money wines. Photo by Sofia Photo Agency

Thirty years ago, without their being aware of grape varieties, wine drinkers wouldn't venture beyond some reasonably well-known appellations and a handful of brands.

The choice was simple – either claret, chianti and the likes of Blue Nun and Black Tower. Buying by grape seems natural now, but it was a radical move at the time and helped turn wine drinking from a minority sport into a mainstream vice. Many believe it started with Australian chardonnay, but the real pioneer was much closer to home.

The wine that actually kick-started the revolution here was Bulgarian cabernet sauvignon, Sainsbury's version of which was said to be Britain's most popular wine in the mid-eighties. Back then, Bulgaria was the world's second biggest exporter of bottled wine, with sales to the UK 30 times that of Australia.

"We bought it because it was cheap and cheerful, and very good value," says Richard Spiers, an importer of Bulgarian wine, who explains how it all began in the 1970s when Bulgaria struck a deal with Pepsi. "In return for getting their soft drink into the country, they sent over some Californian consultants to plant cabernet, merlot and chardonnay." The vineyards had been nationalised in 1947 and belonged to state-owned co-operatives whose main market was Russia.

According to Spiers, the country struggled to meet demand and there were rumours that bulk wine was flooding in from nearby Georgia and even South Africa, whose wine exports were almost choked off during apartheid. Bulgaria's Soviet-style wineries were vast, concrete monstrosities, but they knew how to pump out the volume. And at ?2 a pop with a taste in that sweet spot between claret and Ribena, British drinkers found their cabernet particularly irresistible.

By the mid-nineties we were drinking more than three million cases of Bulgarian wine, while Sainsbury's listed a staggering 19 examples. Today the retailer offers just one, as do Tesco and Morrisons, whose Silver Rock merlot barely admits to being Bulgarian. So where did it all go wrong?

Caroline Gilby, one of the first big buyers on the scene, blames the country's disastrous privatisation programme after the collapse of Communism in 1989. "They decided to restore the exact bits of land people had owned before the Second World War, and using paper records it took a very long time," she says. "Suddenly you would have a dentist in Sofia being told he owned a three-hectare vineyard in the middle of nowhere."

Most people like this weren't interested in viticulture and the wines suffered greatly. Meanwhile we had discovered the delights of Australian shiraz, Chilean merlot and South African chenin. Since then, in the run-up to Bulgaria joining the EU in 2007, "there's been a hell of a lot of investment", says Gilby, "and the quality has been transformed".

Not that British supermarkets seem interested at present. "Not unless it's 80 euro cents a litre [67p]," says Spiers, which is well below cost. Yet he has persuaded the Wine Society to stock its first Bulgarian wines for 12 years. Given it was selling the stuff way back in 1968, long before anyone else, could it be on to something? From what I have tried of the reds, I think it might be.

Views on BG » Be a reporter: Write and send your article
Tags: wine
Advertisement
Advertisement
Expats.bg All Are Welcome! Join Now!
Related Articles:
More from Views on BG