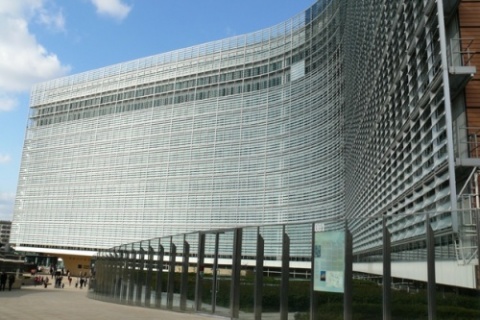 Bulgaria's judiciary has emerged once again as a major problem in the upcoming report of the European Commission, the Bulgarian National Radio, BNR, informed Saturday.

The report, under the Verification and Cooperation Mechanism, is interim and does not include political conclusions of the type that the judicial reform remains a major challenge for Bulgaria. This conclusion, however, emerges between the lines of the 8-page document, according to BNR. The report talks about the need to devote more efforts to implement the Judiciary Act, and, as it was expected - that key appointments made by the Supreme Judicial Council, VSS, raise serious concerns in terms of transparency and objectivity. Specific cases are not mentioned, but they are known well enough in Sofia and Brussels.

However, the report finds a link with corruption in the judiciary, with resignations in the VSS, and the activities and responsibilities of its Ethical Committee. These findings make the extent to which the Council is reliable and trustworthy questionable. The report notes the need for reform in the way of selecting VSS members in order to increase its transparency and objectivity. Separately, the draft points out that results on a number of cases of fraud and irregularities in the management of EU funds are still expected.

It is also noted that not much has been done on EC recommendations in the previous report in July to analyze and investigate the Court and investigation practices in a number of cases involving organized crime and corruption. The findings on the judicial reform as a whole include the need of more decisive actions in implementing the recommendations from the July report, and that in the upcoming months Bulgaria has to show convincing results. The document marks the launch of the Specialized anti-Mafia Court and Prosecution; the first decisions of the Commission against Conflict of Interest, and that the Commission for Revocation of Illegally Acquired Assets has achieved some results, but also that the new Confiscation Act is still in the Parliament.

Another interesting point of the report is the attention to suspected violations during the local and presidential elections. It is noted that there were allegations of electoral fraud and that the information on it is being investigated by prosecutors. A footnote focuses the findings and recommendations of observers from the Organization for Security and Cooperation in Europe, OSCE.

This is the third consecutive report with a reference to the recommendations of the Group of States against Corruption of the Council of Europe GRECO, which in the fall of 2010 asked for legislative changes to curb abuses and corruption in the funding of political parties and election campaigns in Bulgaria.

The report does not mention problems in the legal regulation and the practice of conducting public procurement tenders, as it did in July, nor does it mention wiretaps of conversations between Prime Minister, Boyko Borisov, and other senior officials.

The text is still subject to change and Sofia has the right to offer input. The work on the report is continuing over the weekend. It is expected that it will be officially approved and presented next week, more likely on Tuesday.

Meanwhile, unanimous sources have informed that the report on Romania is more positive, noting more results in key sectors.