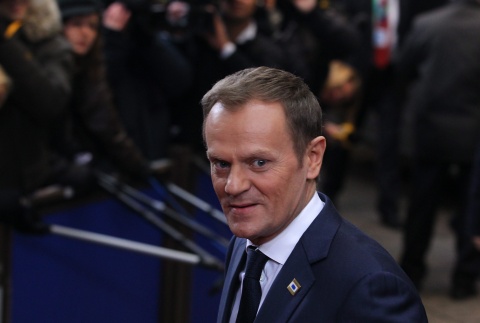 Polish PM Tusk has yielded to public pressure against ACTA. Photo by EPA/BGNES

Poland's Prime Minister Donald Tusk has yielded to mass protests, announcing Friday that his government would put on hold plans to ratify ACTA, the controversial international online anti-piracy accord.

"I consider that the arguments for a halt to the ratification process are justified," Donald Tusk told reporters, as cited by international media.

"The issue of signing of the ACTA accord did not involve sufficient consultation with everyone who is part of the process," Tusk said, adding that he would hold broad talks on what to do next.

"The ACTA ratification process will be frozen as long as we haven't overcome all the doubts. This will probably require a review of Polish law. We can't rule out that, at the end of the day, this accord will not be approved," he declared.

Despite the unprecedented outcry among Polish Internet users, Poland's government approved ACTA on January 26 with an initial signature of endorsement, but ratification by parliament is needed for it to come into force.

Tusk's center-right government faced particular criticism for signing the accord after talks with record companies and commercial media, but failing to address groups representing Internet users.

In addition to street rallies and online protests, Poland also faced anti-ACTA cyber attacks by "hacktivists" Anonymous and another group called Polish Underground, which took down the websites of the president, parliament and foreign and culture ministers, as well as the national police headquarters.

Even though Bulgaria has seen no street rallies, massive outcry by Internet users and ISPs led on Thursday Bulgarian Prime Minister Boyko Borisov to declare that ACTA will be applied with reservations and will be supplemented by the existing Bulgarian legislation in its part referring to Internet content.