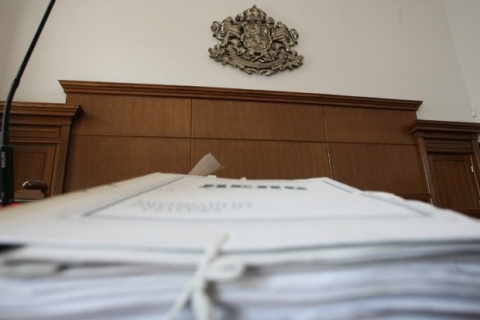 The Bulgarian specialized criminal court has asked to receive media coverage concerning its activity for proofreading. Photo by dariknews.bg

The governing body of Bulgaria's newly established specialized criminal court has asked print and electronic media to submit to it materials covering the activity of the institution for 'verification' before making them public.

"We would like you to cooperate with us on obtaining feedback for the coordination of the accuracy of the information released by us by sending us titles of articles and publications related to the activity of the specialized criminal court before they are published," the court said in a media statement on Wednesday.

The magistrates at the specialized criminal court call on the media to stop referring to the court by any other name, for instance "anti-mafia court", which is the most popular substitution.

They also underscore that the official policy of the court does not presuppose judges giving interviews after the pronouncement of verdicts or making any comments on them.

The statement goes on to say that any additional information on a concrete case can be sought and received in writing after a request submitted to the judge hearing the case.

On Wednesday, the specialized criminal court, which became operational on January 03, closed its first trial with a plea bargain sealed between four of the defendants and the prosecution.

The case had been opened on January 16, 2012 on charges of organizing and commanding a crime ring specialized in drug dealing and other offenses resulting in undue pecuniary gain.

The anti-mafia court was initially supposed to try high-profile organized crime and corruption cases but was later designed to focus primarily on organized crime such as murder, smuggling, and abduction, drug trafficking, and bribery.