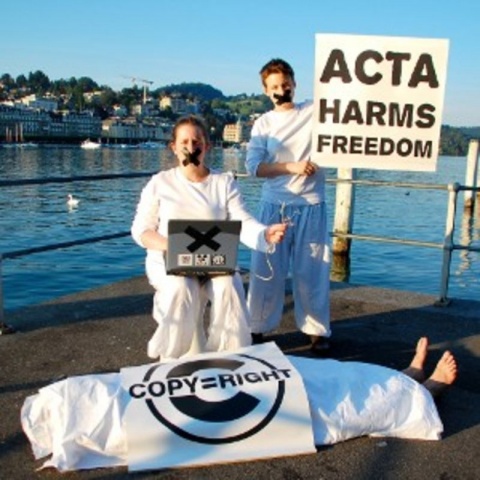 The NGO's idea is to collect a minimum of 2 million signatures to be sent to the European Parliament.

The petition requires a name and email address, and has a universal text under which those protesting ACTA can sign.

The text is as follows:

"As concerned global citizens, we call on you to stand for a free and open Internet and reject the ratification of the Anti-Counterfeiting Trade Agreement (ACTA), which would destroy it. The Internet is a crucial tool for people around the world to exchange ideas and promote democracy. We urge you to show true global leadership and protect our rights."

Prominent Bulgarian bloggers and lawyers have lashed out at the signing of ACTA because they believe the agreement will bind countries to install legal regulations that excessively and unduly broadly penalize Internet users.

ACTA has already raised an outcry internationally, with a 10 000 strong protest in Poland.

About 1.6 million signatures have been collected so far while Avaaz hope to be able at attract the EP attention and stop the ratification of ACTA.