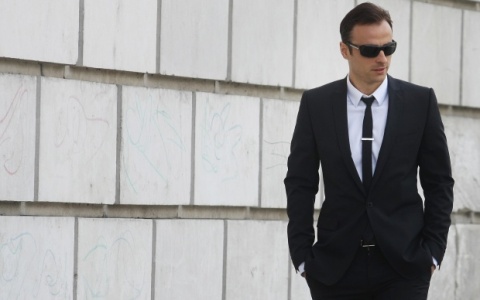 He started his football career at the local FC Pirin between 1991 and 1998, going through all junior teams of the club.

However, he played only 9 matches for the official A team of the "eagles" from FC Pirin, as he was purchased by CSKA Sofia in 1998.

Berbatov played for CSKA Sofia for three years, scoring 37 goals in 65 matches; this led him to be noticed by Germany's Bayer Leverkusen, where he played between 2001 and 2006. With Leverkusen, Berbatov scored 90 goals in 200 matches, reaching the Champions' League final in 2002 (in which Leverkusen lost to Real Madrid).

In 2006, the Bulgarian star striker was bought by Tottenham Spurs, where he remained for two seasons, scoring 46 goals in 102 matches, before being bought by Manchester United in 2008.

So far, Berbatov has scored 55 goals in 143 matches for Manchester United, winning the Premiership Top Scorer title with 20 goals last season. Berbatov lost a second Champions' League final with United against Barcelona in 2009. With United, Berbatov won the English Premier League in 2009 and 2010.