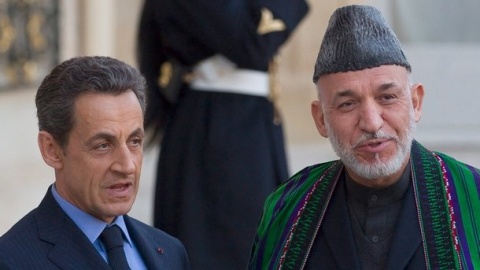 The French contingent is going to withdraw from Afghanistan by the end of 2013, which is one year ahead of NATO's schedule.

The statement was made by French President Nickolas Sarkozy after a meeting in Paris with Afghan counterpart Hamid Karzai on Friday.

Sarkozy announced that 1 000 soldiers from a total of 3 600 currently stationed in Afghanistan will return home in 2012.

On January 20th, four French soldiers, including one Bulgarian-born man – Chief Sergeant Svilen Simeonov, 34, were killed in northern Afghanistan, after a serviceman from the Afghan National Army opened fire.

In the aftermath Sarkozy said France was suspending its training programs in Afghanistan. After the meeting with Karzai, he informed that the training will resume immediately since the Afghan President had assured him that security for the French contingent will be upped.

It was reported meanwhile that the killer has confessed that he was motivated by the despicable video clip, distributed online, showing US soldiers urinating on the dead bodies of murdered Afghani servicemen.

French Defense Minister Gerard Longuet, who left for Afghanistan immediately after the incident, reported that the Afghan soldier was recruited by the Taliban, something Karzai rejected.

Chief Sergeant, Svilen Simeonov is being buried Saturday in his native Bulgarian village of Rakovski, near the northeastern city of Razgrad. The family attended the military honors ceremony in Paris, but said their son will be buried in Bulgaria.

Polls show that the majority of the French support an early withdrawal from Afghanistan. France has the fourth largest contingent there and the latest move is expected to force the US and other NATO members to seek ways to fill the vacuum.