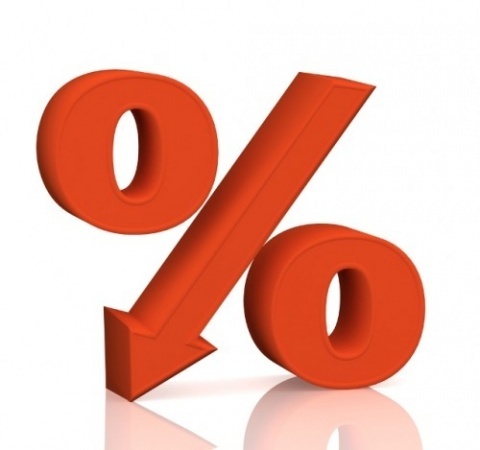 In January 2012, the total business climate indicator decreases by 0.7% compared to its level from the previous month, which is due entirely to the drop of the indicator in retail trade.

The data was published Friday by the country's National Statistics Institute, NSI.

The business climate in industry remains unchanged. In January, the composite indicator "business climate in industry" preserves its level from the previous month. The managers preserve their opinions with regard to both the present and the expected business situation of the industrial enterprises and to the present and the expected production activity.

The total production assurance with orders does no change despite the certain decrease in the orders from abroad and the expectations about the export are more reserved in comparison with the opinions expressed 3 month ago.

The average capacity utilization in January has increased by 2.5% in comparison with October 2011 and it reaches 71.9%. At the same time the enterprises expect a surplus of capacity over next months.

The main problems for the development of the business in the branch continue to be the uncertain economic environment and the insufficient domestic demand (pointed out respectively by 61.7 and 40.7% of the managers) which remain above its long-term average for the last 10 years. The expectations of industrial entrepreneurs with regard to the selling prices are for the preservation of their level over the next 3 months.

In January the composite indicator "business climate in construction" increases by 3.7% in comparison with December 2011, mainly due to the increased optimism in the construction entrepreneurs' expectations about the business situation of enterprises over next 6 months

In the next half year the managers expect increased inflow of new orders in construction, which according to them, will lead to a certain increase of the activity in the short term but without expectations of additional recruitments of labor force.

However, in January with regard to the present construction activity and the assurance with orders the inquiry registers a drop. At the same time, the indebtedness of the clients to the construction enterprises increases.

The main factor limiting activity in the branch remains the uncertain economic environment as in the last month an increase of its negative impact is observed. Also the unfavorable influence of the factors "financial problems" and "insufficient demand" is strengthened.

Concerning the selling prices in construction, the managers' expectations are for the preservation of their level over the next 3 months.

In January the composite indicator "business climate in retail trade" decreases by 15.2% as compared to the previous month. This drop is due to the sharp worsening of the managers' assessments and expectations about the business situation which is accompanied by a strongly expressed pessimism in the expectations about both the sales and the orders placed with suppliers over the next 3 months.

With regard to the personnel the entrepreneurs have unfavorable expectations as they plan lay-offs over the next months. The business inquiry in the retail trade in January registers some revaluation of the factors limiting the business development.

The uncertain economic environment continues to be the main difficulty to the managers even though there is a decrease of its influence of 22.3%, while the negative impact of the factors "demand" and "competition in the branch" are strengthened by 21% and 14.3%, respectively.

With regard to the selling prices the managers do not expect an increase over the next 3 months.

The composite indicator "business climate in service sector" in January increases by 7.3%, in comparison with the previous month, mostly due to the more optimistic managers' expectations about the business situation of enterprises over next 6 months.

The opinions of the present and expected demand for services are improved. However, this is not accompanied by expectations of an increase of employment in the sector, on the contrary - the intentions are to release personnel over next 3 months.

The most important factor limiting the activity of the enterprises continues to be the uncertain economic environment followed by the competition in the branch as the impact of the first factor is strengthened. At the same time the negative influence of the factor "weakness in economic legislation" increases.

In January the enterprises also have more financial problems. In regards to the selling prices in the service sector for the first time in a half year, the inquiry registers certain expectations about an increase over next 3 months.