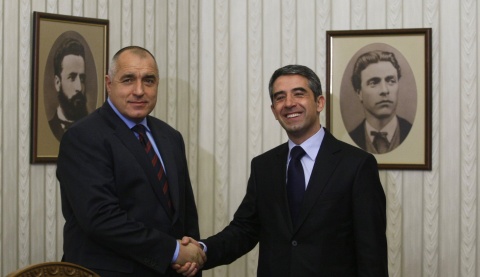 Bulgaria will appoint a total of 24 new Ambassadors in its major diplomatic reshuffle that aims to replace many envoys exposed as former Communist State Security agents.

Plevneliev and Borisov refused to reveal any names.

"We will discuss them at the Council of Ministers sitting today, we may not accept them," Borisov pointed out. However, Borisov revealed that Bulgaria's outgoing National Intelligence Service head Gen. Kircho Kirov will not be among the new Ambassadors, since he was a State Security agent.

Angel Cholakov, Foreign Policy Advisor to Prime Minister Boyko Borisov, is expected to be appointed as Ambassador to Italy. He would replace ex-Communist agent Atanas Mladenov.

Biserka Benisheva, a career diplomat, is expected to be appointed as Bulgarian Ambassador in Prague. Appointments are also expected in Kyiv, Stockholm and Skopje.

Ivan Piperkov, head of the Department for Political Affairs, Directorate for UN and Global. Affairs in Bulgaria's Interior Ministry, is likely to be appointed as Ambassador in Geneva.

Interim Ambassador in Cairo, Rumen Petrov, is likely to be appointed as permanent envoy.

In the beginning of January, Bulgaria's Supreme Administrative Court revoked the recall orders issued by Foreign Minister Nikolay Mladenov to Bulgaria's ambassadors to the Netherlands, Serbia and Greece.