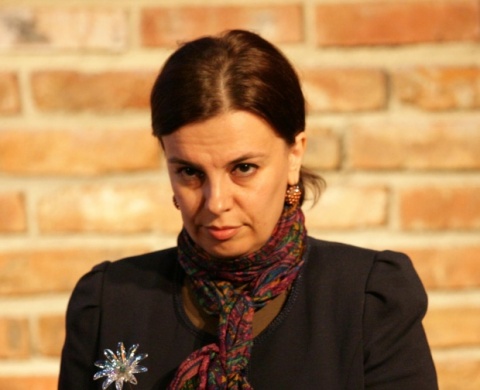 BJA Chair Miroslava Todorova will decide in a week on filing a defamation lawsuit against Interior Minister Tsvetan Tsvetanov. Photo by BGNES

Miroslava Todorova, Chair of the Bulgarian Judges Association (BJA), has accused Interior Minister Tsvetan Tsvetanov of libel and may file a lawsuit in a week.

"Minister Tsvetanov certainly committed a slander and got my name involved in crimes. Slander affects human dignity. Minister Tsvetanov is not only affecting my personal and professional integrity but also the BJA, which plays a key role in the implementation of the judicial reform", Todorova said in a conversation with journalists of private TV channel bTV on Wednesday morning.

"I am not waging a war against the Interior Ministry. I respect the people who are good at their job of evidence gathering," the BJA Chair said in a statement, stressing the gravity of the crime of slander.

In a spate of media appearances, Tsvetanov accused Todorova of patronizing organized crime and of being incompetent at her job.

He argued that she had delayed the issuing of written motives for verdicts against high-profile criminals, including drug lord Vasil Manikatov.

Todorova countered the accusations by saying that the delay had not allowed anybody to evade justice because the offender had been behind bars during the period.

She further drew attention to the poor workload distribution at courts in major Bulgarian cities and called for steps to resolve the problem.

"The current situation is not fair for the judge, who may be put under unbearable pressure. It is also unfair for citizens who should not be subjected to onveyor belt justice," Todorova stated.

Regarding the disciplinary penalty imposed on the BJA Chair by the Supreme Judicial Council (VSS), she commented that the decision making process had been unjust.

Last week Todorova was penalized with a 15% wage cut for 2 years due to a "systematic failure to observe deadlines".

In December 2011, the Bulgarian Judges Association (BJA) won first prize at the annual Human of the Year contest organized by the Bulgarian Helsinki Committees (BHC) for its contribution in the sphere of human rights.

In the summer of 2011, the BJA, which brings together over 1000 judges, asked VSS to resign collectively to "put an end to the unprecedented crisis of public trust" caused by the series of controversial appointments it made.