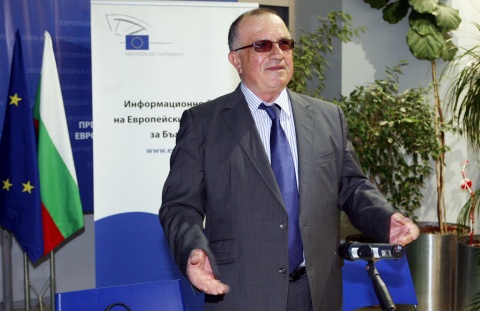 It was Bulgarian MEP from the Group of Socialists and Democrats Evgeni Kirilov who came up with the proposal for a joint expert committee. File photo by BGNES

The European Parliament has urged the Former Yugoslav Republic of Macedonia to create a joint expert committee with Bulgaria to tackle the sensitive issue of history education in the country.

The committee's task will be to further the objective interpretation of historical events, increase the cooperation in the academic field and improve the attitudes youngsters have towards their neighbors, the European Parliament has explained.

It was Bulgarian MEP from the Group of Socialists and Democrats Evgeni Kirilov who came up with the proposal for a joint expert committee. Kirilov's proposal was included in the amendments to the draft resolution on Macedonia's progress that was passed by the European Parliament's Committee on Foreign Affairs on Tuesday.

Macedonia has tried to "steal" key parts of Bulgaria's history on a number of occasions. In 2011, the Macedonian government erected statues of medieval Bulgarian ruler Samuil and other historical figures who were active in the region in an effort to showcase what the country perceives as its own "historical heritage".

Since the early Middle Ages, all the way to the first half of the 20th century, Macedonia  and its Slavic population were considered part of the Bulgarian nation not just by Bulgaria but also by its neighbors and the international community. This is why from its National Liberation in 1878 till 1944 Bulgaria waged five wars attempting to unite all of the Bulgarian-populated lands in the Balkans, including Macedonia – after the San Stefano Treaty  of March 1878 providing one state for almost all Bulgarian-populated regions was revised three months later by the European Great Powers in the Treaty of Berlin leaving the regions of Thrace and Macedonia out of Bulgaria.