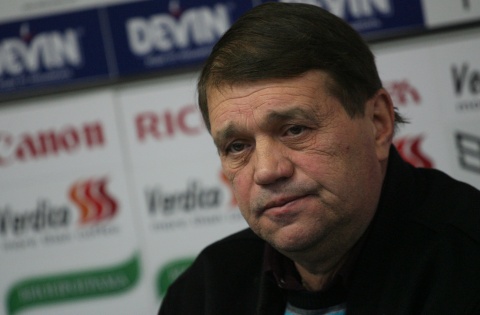 Petar Nachkov speaks about the ordeal he endured in the hands of Bulgarian police. Photo by BGNES

The family, who became victims of alleged police brutality Saturday, announced the establishment of a Civil Committee to deal with the more and more frequent cases of police abuse in Bulgaria.

Over the weekend, Malina and Petar Nachkovi complained of police brutality and reported they have been severely beaten and, with no sound motivation, detained by police, who after that went on to violently break in and search their home.

Nachkovi, speaking at a special briefing Tuesday, further demanded the immediate resignation of Deputy Prime Minister and Interior Minister, Tsvetan Tsvetanov, asking him to "not wash his hands with his subordinates."

The family says they decided to establish the Committee after receiving extremely strong support on Facebook and on other sites, which they deem representative of public opinion in the country.

"I don't want this horror and shock to be endured by someone else. I have filed a claim with the Prosecutor's Office," Malina pointed out.

The family expects not only Tsvetanov's resignation, but those of other senior Interior Ministry officials; the prosecution to launch a probe, and compensations for material and moral damages.

It also turned out Saturday that Malina and Petar are the parents of Ralitsa Nachkova, their older daughter and creator of Facebook group "I Shall Not Vote for Bulgarian PM Boyko Borisov and the GERB Party."

At the briefing, Ralitsa stated that Borisov must resign as well because he misled them that he would deal with the case.

Initiators of the Civil Committee, present at the briefing, threatened mass civil unrest and rallies if Tsvetanov does not resign.

Also Tuesday, the Minister pointed out that cases of criminals with groundless claims of police brutality are increasing in the country lately.

In another statement, he insisted the sanctions against the three police chiefs were severe, very serious and adequate, saying a reprimand is the last step before dismissal in the system of the Interior Ministry. He attributed "police mistakes" to huge work load and appealed to all, including the media, to give appropriate recognition for the tireless work of police employees.