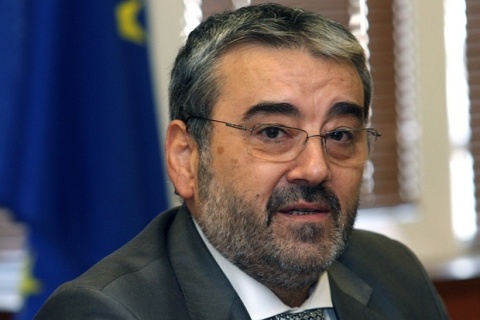 DKEVR Head, Atanas Semerdzhiev, that Bulgaria is an island of cheap electric power compared to other countries in the region. Photo by BGNES

In the aftermath of wide-spread rumors that prices of electric power will go up anywhere between 10% and 20%, Bulgaria's energy and waters watchdog announced that the increase will be more moderate.

The Head of the State Commission for Energy and Water Regulation, DKEVR, Atanas Semerdzhiev, informed Tuesday that there will be a definite price increase, but no more than 7%-8%, effective July 1, 2012.

Semerdzhiev, however, stressed that Bulgaria is an island of cheap electric power compared to other countries in the region, something that cannot last forever.

"It will be clear very soon how the strike at the State-owned Maritsa Iztok mines will affect the sectors that count on their coal and the price of electric power. The report will be ready in a week," he said, adding that losses are unavoidable, but because of the relatively short strike, its influence on electricity prices would be minimal.

According to the DKEVR Head, the quantity of purchased "green energy" also influences electric power prices.