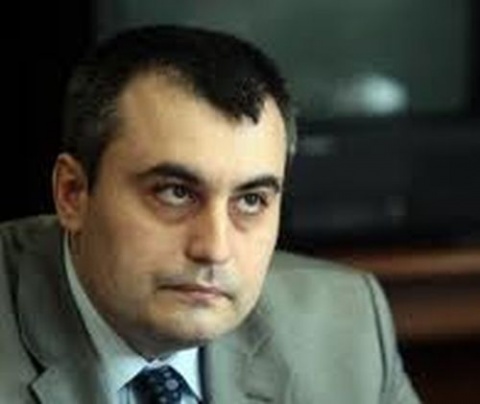 Nikolay Kokinov, head of the Sofia City Prosecutor's Office, has said that the investigation on the "Tapegate" scandal stops on the grounds of an unknown perpetrator. Photo by BGNES

The Sofia City Prosecutor's Office has stopped the investigation of the "Tapegate" scandal on the grounds of an unknown offender.

Sofia City Prosecutor Nikolay Kokinov explained on Monday that the case had been stopped because the perpetrator could not be found.

Kokinov refused to comment on the expert statements on the case and added that the investigation could be renewed any moment if a new suspect appeared.

Mihov died on March 30, 2011 after suffering a severe heart attack.

The source of the tapes and the method of recording remained an open, yet hugely debated question.

The Bulgarian Academy of Sciences (BAS) confirmed that the recordings had been made using legitimate special surveillance devices but their release by the services had been illegal.

BAS said that the taped had been manipulated but refused to commit to forecasts about tampering of the content..

Meanwhile, independent French laboratory Lipsadon confirmed the authenticity of the tapes sent by the Galeria newspaper.

During a press conference, Dachkov said he would file a civil lawsuit against Borisov over the Prime Minister's claims that Dachkov had been involved in the manipulation of the leaked phone conversations.

The journalist insisted that the tapes were authentic surveillance data gathered by the Interior Ministry during an investigation of Vanyo Tanov.

He explained that the tapes had been accessible for officials of the State Agency for National Security (DANS), who had recorded them using a simple sound recording device.

Dachkov said that the events had been part of a racketeering scheme which had been practiced for years by the top brass at DANS to exert pressure over businessmen and politicians.

He further claimed that the Deputy Director of DANS and the former Director of the service had been fully aware of the scam and had taken advantage of it.