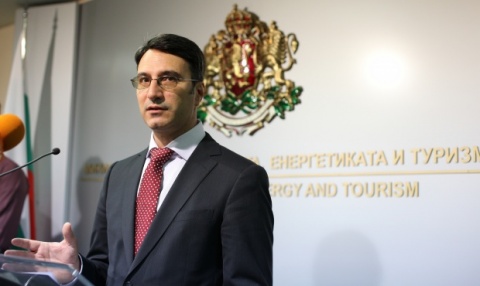 Bulgaria's Economy and Energy Minister, Traicho Traikov, admits he had underestimated the opponents of shale gas exploration in the country. Photo by BGNES

Bulgaria's Economy and Energy Minister, Traicho Traikov, believes that powerful financial interests were behind the mass protests in the country against the exploration of shale gas.

Speaking for the largest private Bulgarian TV channel bTV Monday morning, Traikov declared that the protests have been organized through a large-scale PR campaign, backed by substantial financing.

"In the case with shale gas extraction, there were a motivated elite, and people who adopted the idea, being misled that it was in their interest – those who protested and those who negotiated with us were fully aware of it," the Minister told the hosts, stressing that in principle one must always look for explanation in the direction of money.

Traikov stated that one must find out who is to benefit and who is to lose, but declined offering names and details when asked to say what exact interests have been behind the protests.

According to him, the cabinet had not given up on services of the US company "Chevron," but took into account the public opinion.

The Minister admitted that it was the State's fault for not preventing the situation and his personally, because he had underestimated "the level of hysteria that occurred."

"I definitely would like to know how much natural gas resources we have, but in these conditions we cannot do it. In order to proceed with this, there is a need of more information," he said while pointing out that the decision for a moratorium on the exploration and extraction of shale gas in Bulgaria had been taken over raging fears.

On other issues, Traikov explained that the cabinet's number one energy project is to extend the resource of Units 5 and 6 of the country's only Nuclear Power Plant, NPP, "Kozloduy."

According to the Minister, the now-ended strike at the State-owned Maritsa Iztok mines, would not affect significantly the price of electricity while losses for the National Electric Company, NEK, are estimated at BGN 10 M. He pointed out that the striking miners have been misled by some of the trade union leaders.