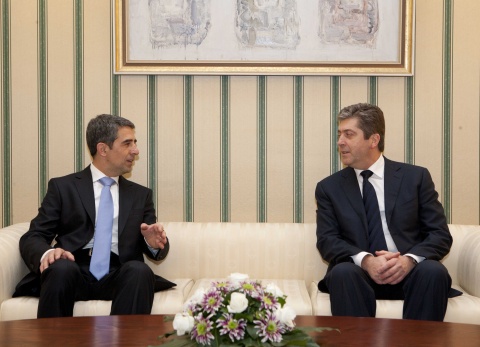 "This first meeting of mine is of a symbolic nature, for the commitment I took is for the European development of Bulgaria," said the President after the meeting.

The last phrase is a direct, though perhaps non-intentional, reference to Bulgaria's ruling party, GERB, an acronym meaning Citizens for the European Development of Bulgaria.

It was GERB who nominated Rosen Plevneliev to run for president in the fall of 2011. Until then Plevneliev was Minister of Regional Development in GERB leader and Bulgarian PM Boyko Borisov's cabinet.

According to the Bulgarian Constitution, the President is a non-partisan figure who has to exemplify the unity of the nation.