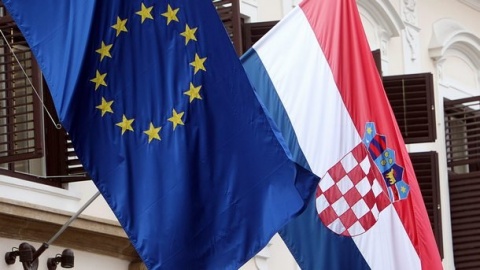 Croatian citizens are voting on a referendum whether to accept or decline EU membership, after Croatia officially received invitation to join December 2011.

The referendum will be valid only if 50% of Croatia's 4.5 M voters cast a ballot. Turnout is expected to be at 60%, with some 60% expected to vote "for", according to opinion polls.

A recent survey has shown the percentage of opposers to EU accession to have shrunk from 36% to 31% for the past three months.

Thursday the Croatian Parliament had voted almost unanimously a resolution declaring EU membership a strategic priority for the country.

The accession treaty for Hungary was signed at the European Council last December and mandates that if it is ratified by all parties, Croatia will become an EU member in July 2013.