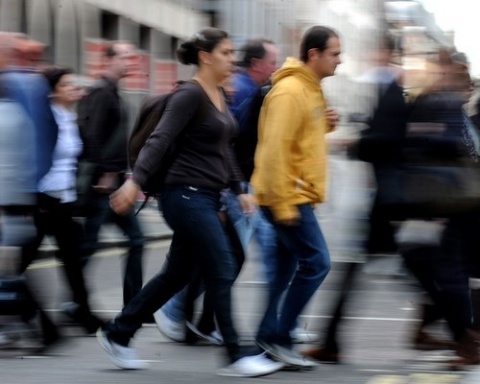 A demographic and economic slump may force today's actively working Bulgarians to retire at the age of 70 and not at all comfortably at that, an expert has warned.

"Nowadays Bulgarians aged between 30 and 40 exceed 1 million. When they become old enough to retire, their pensions should be paid by today's teenagers, whose number is two time lower. How will the pension system work then if even now, with a fairly high number of active workers it is struggling and out of breath?," Ivan Neykov, former Social Minister in the reformist right-wing cabinet of Ivan Kostov (1996-2001), told bTV channel this week.

The retirement contributions of the currently actively working Bulgarians are funnelled into paying pensions and health services, rather than being stashed away to be used when today's middle-aged Bulgarians grow old. According to Neykov the fallout of the demographic slump in the 90s will be felt most acutely about 2035.

"When today's 30-40-year-olds become grandparents they will account for more than half the population and the pension system will be able to function only if the retirement age rises dramatically," he added.

Surveys about Bulgaria's gloomy demographics have been in abundance over the last two decades. Recently however it emerged that the youngest member of the European Union has the most grey-haired demographic picture not only in the bloc, but in the whole world.

The headlong fall in Bulgaria's demography spell troubled times for the country in economic terms.

The number of working Bulgarians is currently by one third below the number of pensioners, who steadily exceed the number of babies born. The burden on the social security system is getting heavier, experts say, but fail to provide solutions to the problems that this will trigger.

The state has forced people to retire a few years later, but this will hardly make up for the shortage of young workers. The social security system, in its turn, is already failing to take good care of the increasing numbers of pensioners, dooming the majority of them to miserable living and the mercy of their children.

The dynamics in Bulgaria's demography has been the same for quite some time already, but the figures are hardly debated as the average employee is just scrambling to earn a living amid the debris of a free falling economy.